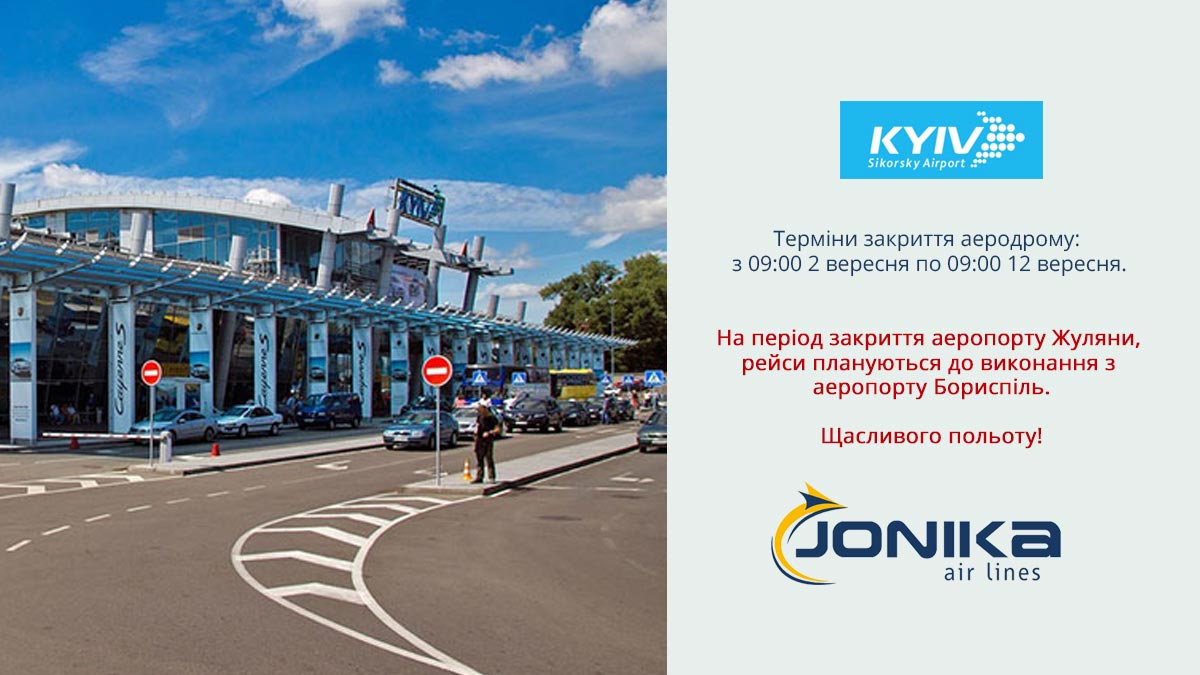 International Airport “Kiev” im. Igor Sikorsky (Zhuliany) will stop the reception and sending flights for 10 days in September this year due to the adoption of the repair of the airstrip-Posadočnoí̈ Stripes.

This ukrínformu was reported in the service of the airport “Kiev”.

“the airport will stop the reception and sending flights for 10 days in September in connection with the held of the repair of the airstrip-Posadočnoí̈ Stripes”,-reported in service.

It is also added that the enterprise has already announced information about changes in the rules of developing and ensuring flights (Notam A1437 / 19), where the terms of closing the airbase are from 09:00 September 2 to 09:00 September

For the period of closing the airport of Zhuliany,
The flights of the of “Jonika” are planned to perform with
Boryspil airport.