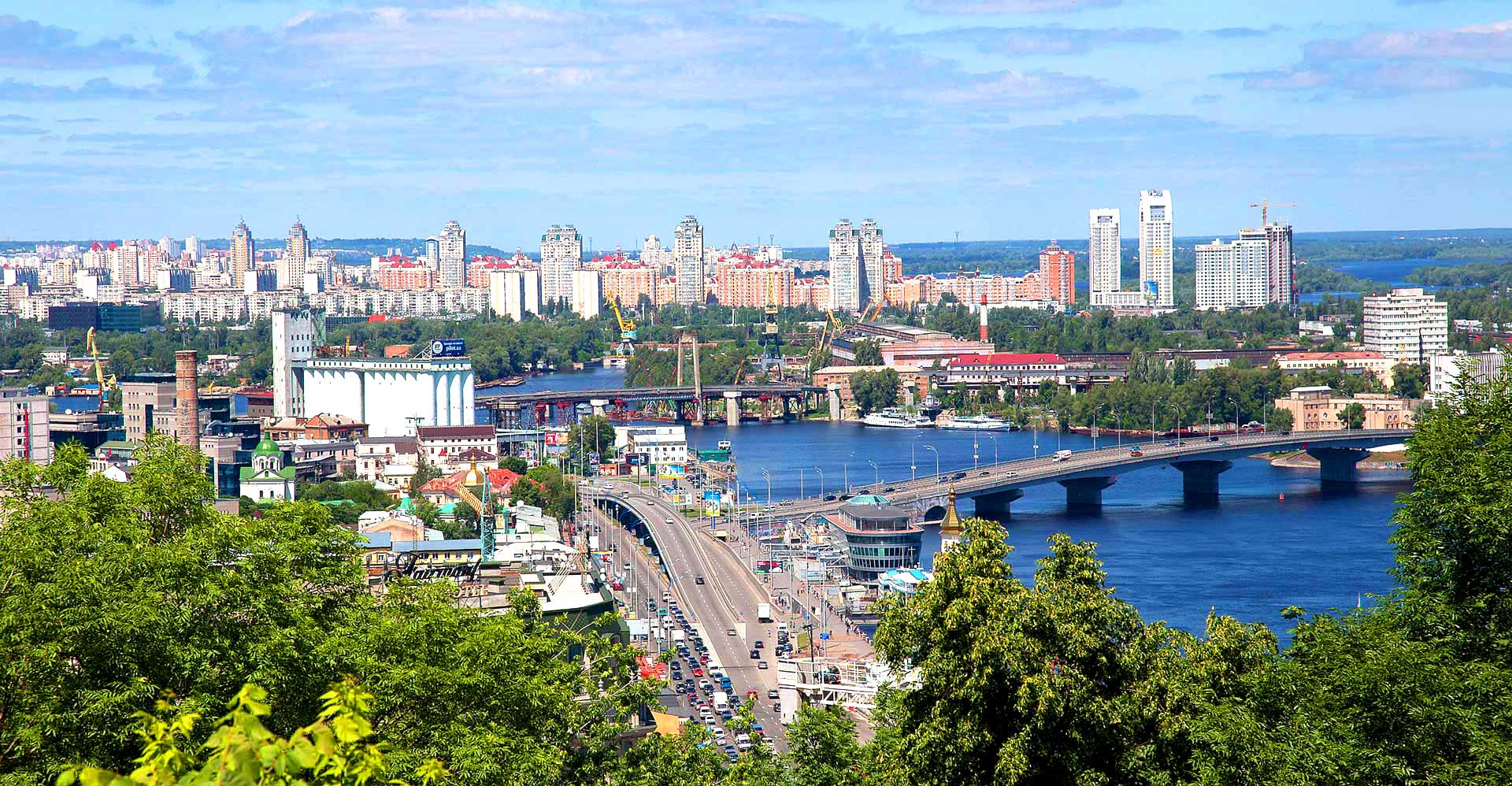 In work – source and link https://www.britannica.com/place/Kiev

Kiev, Ukrainian Kyiv, also spelled Kyyiv, Russian Kiyev, chief city and capital of Ukraine. A port on the Dnieper (Dnipro) River and a large railroad junction, it is a city with an ancient and proud history. As the centre of Kievan Rus, the first eastern Slavic state, 1,000 years ago, it acquired the title “Mother of Rus Cities.” It was severely damaged during World War II, but by the mid-1950s it had been restored, and in the second half of the 20th century it enjoyed a well-developed economic and cultural life. The independence of Ukraine from the Soviet Union in 1991 renewed Kiev’s status as a major European capital. Pop. (2001) 2,611,327; (2017 est.) 2,925,760.

Kiev has a moderately continental climate. The average January temperature is 21 °F (−6 °C), and winter days with temperatures above freezing are not uncommon; in cold spells with a northerly or northeasterly airstream, temperatures may drop sharply, and an absolute minimum of −27 °F (−33 °C) has been recorded. Snow cover lies usually from mid-November to the end of March; the frost-free period lasts 180 days on average but in some years surpasses 200 days. Summers are warm, with a July average of 68 °F (20 °C) and a recorded maximum of 102 °F (39 °C). The mean annual precipitation is 25 inches (635 mm), with maximum rainfall in June and July.

The city stands on the Dnieper River just below its confluence with the Desna and 591 miles (951 km) from its mouth in the Black Sea. The original location was on the high and steep right (western) bank, which rises above the river in an imposing line of bluffs culminating in Batyyeva Hill, 330 feet (100 metres) above mean river level. This precipitous and wooded bank, topped by the golden domes and spires of churches and bell towers and by high-rise apartment buildings, makes the city an attractive and impressive sight from across the Dnieper. Since World War II, Kiev has extended onto the wide, low, and flat floodplain on the left (eastern) bank.

The city limits enclose an area of 300 square miles (780 square km) on both banks of the Dnieper. It is divided into a number of administrative wards. The focus of Kiev is the area of the ancient Upper Town, crowning the high bluffs of the Dnieper. Although largely of postwar construction, this central area retains its old street pattern, and most of the surviving historical and architectural monuments are located there. First among these is the cathedral of St. Sophia, now a museum. It was built in the 11th century and remains, despite certain Baroque modifications in the 18th century, one of the finest and most beautiful examples of early Rus-Byzantine ecclesiastical architecture. It has a nave and four aisles and is crowned by five domes. The interior is magnificently decorated with frescoes and mosaics; it contains the tomb of Yaroslav I, the grand prince of Kiev during whose reign the cathedral was built.